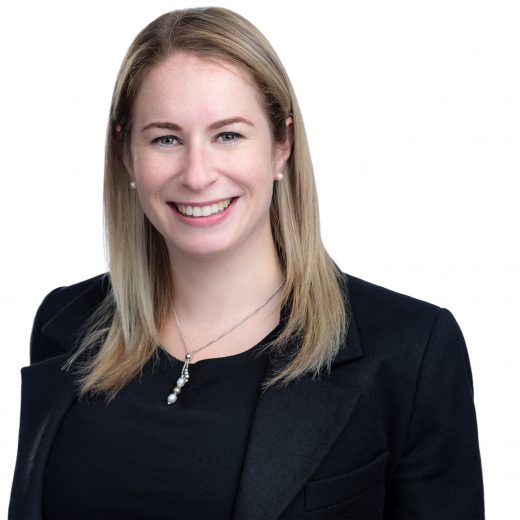 Born and raised in Toronto, Ontario, Alexandra initially completed honours studies in Art History and Architecture at Queen’s University as part of the graduating class of 2009.

Alexandra then went to pursue her law degree at Monash University in Melbourne, Australia. She graduated in 2013 with a Masters of Law, Juris Doctor. Alexandra was admitted into the legal profession in February 2014 in Melbourne, Australia. Alexandra decided to remain in Australia, as she fell in love with the Country. Alexandra was offered a job in personal injury firm in the heart of Melbourne. She then realized her calling was in Family Law and therefore, accepted a job as a Family Law Judge’s Associate in the Federal Circuit Court. Alexandra then returned to Ontario in 2016, to be closer to family.

Alexandra was called to the Ontario bar in June 2018. Alexandra was then offered a job in a local St. Catharines firm practising family law. She then joined the Martens Lingard team in May 2019 practising in the area of family law.

Parallel to her training, Alexandra volunteered at a community legal center and acted as an assistant to arrested youths in Australia, and carried this forward to work at a telephone distress centre in Ontario.  Through her work and volunteering, she has a demonstrated passion for helping vulnerable individuals by providing them with assistance and support during a difficult time in their life. She will afford every file with equal care and attention whether the file is being litigated or negotiated.

During her spare time, Alexandra enjoys outdoor sports including running and biking and travelling. She also enjoys spending time with her family and friends.